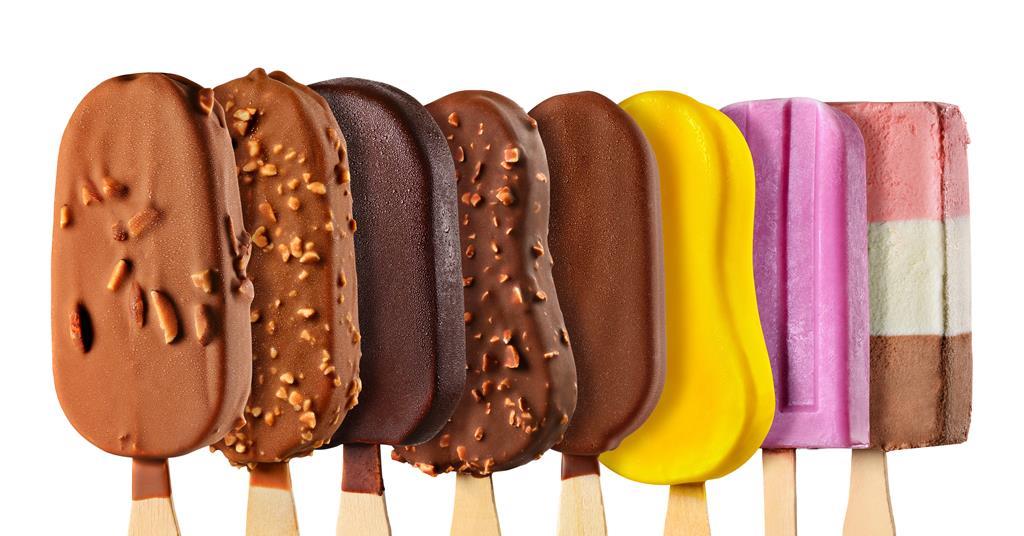 What is the history of ice cream? Ice berg will review with you in this article the evolution of ice cream throughout history, it is
known that the origin of ice cream

It dates back to the second century BC, although there is no specific date of origin or inventor who was credited with discovering it.

Undisputedly, we know that Alexander the Great enjoyed snow and ice flavored with honey and nectar, biblical references also show that
King Solomon was fond of iced drinks during harvest,
and during the Roman Empire, Nero Claudius Caesar
(54-86 AD) sent runners to the Ice mountains to bring
some of it, flavoring them with fruits and juices.

The evolution of ice cream overtime after more than a thousand
years, Marco Polo is back to Italy from the Far East with a recipe
very similar to what is now called sherbet, historians estimate
that this recipe evolved into ice cream sometime in the
sixteenth century.

It looks like England discovered ice cream around the same time, or maybe before the Italians, where "ice cream cream" appeared,
as it was called it was regularly featured on Charles I's table
throughout the Seventeenth century, France was introduced
to frozen desserts similar in 1553 by the Italian Catherine
When she became the wife of Henry II, the King of France ، Ice cream was not provided for the common people until 1660.

Sicilian Procopio (relative to his affiliation with the island of Sicily) ، provided a recipe that mix milk, cream, butter, and eggs
at Procopio Café which is the first café established
in Paris.

The history of ice cream in America

The first mention of ice cream in the New World comes from a letter written by a guest of Maryland Governor William Bladen in 1744,
The first advertisement for ice cream in this country appeared in
New-York Gazette on May 12, 1777, when Confectioner Philip
Lindsay announced that the ice cream is available
"almost every day".

Records kept by a merchant on Chatham Street, New York, show, President George Washington spent nearly $200 on ice cream
during the summer of 1790, revealed Mount Vernon inventory
records captured after the death of George Washington the
the phrase "two ice creams in pewter pots," President Thomas
Jefferson was said to have he has a favorite 18-step recipe for
the most delicious Ice cream flavors that in modern times
resembles famous bread Alaska, and in 1813 made Dolly
Madison created a wonderful creation of strawberry ice
cream in President Madison's second opening banquet
in the White House.

Until 1800, ice cream remained a rare and exotic dessert
enjoyed it is mostly elite, and in the same year houses
were invented and isolated ice booths, and soon became
a manufacture Ice cream is a well-known industry in
America, and it was pioneered in 1851 by a Baltimore
milk trader's name is Jacob Fussell.

Like other American industries, ice cream production has
increased due to technological innovations including
steam power, mechanical refrigeration, Homogenizers,
electric power, motors, packing machines, New
freezing processes and equipment, in addition, automated
delivery vehicles have dramatically changed the industry due
to for continuous technological progress, the total production
annual frozen dairy products in the USA today are more
then 1.6 billion gallons per day.

The history of ice cream in the Middle East

It wasn't easy at all at first as getting ice and the freezing
the problem, in general, was very difficult, according to
a family member from The fourth generation who
established one of the first places that specialized
in manufacturing Ice cream, his great-grandfather
was collecting snow from the nearby mountains
from Damascus (especially Mount Qasioun
overlooking Damascus) and store it in
caves in wooden barrels to make
delicious ice cream.

As for the rest of the other raw materials, they were
abundant, which is represented in High-fat milk
from sheep, goats, and cows.

When the business started in 1895, it was not easy to get ice or
snow as mentioned earlier, but through determination and
creativity, the way was opened.

For future generations to move forward with brands for the
manufacture of ice cream.

Another family member, Abu Muwaffaq Bakdash, adds: “I have been working in this place for 75 years and nothing has changed
during it, whether it is the recipe or the method.

The traditional ice cream maker is the only thing that is being updated
is it the freezer.

It was a successful recipe passed down from generation to generation
to make a luxurious and delicious product that is sold herein
the Middle East and shipped abroad. 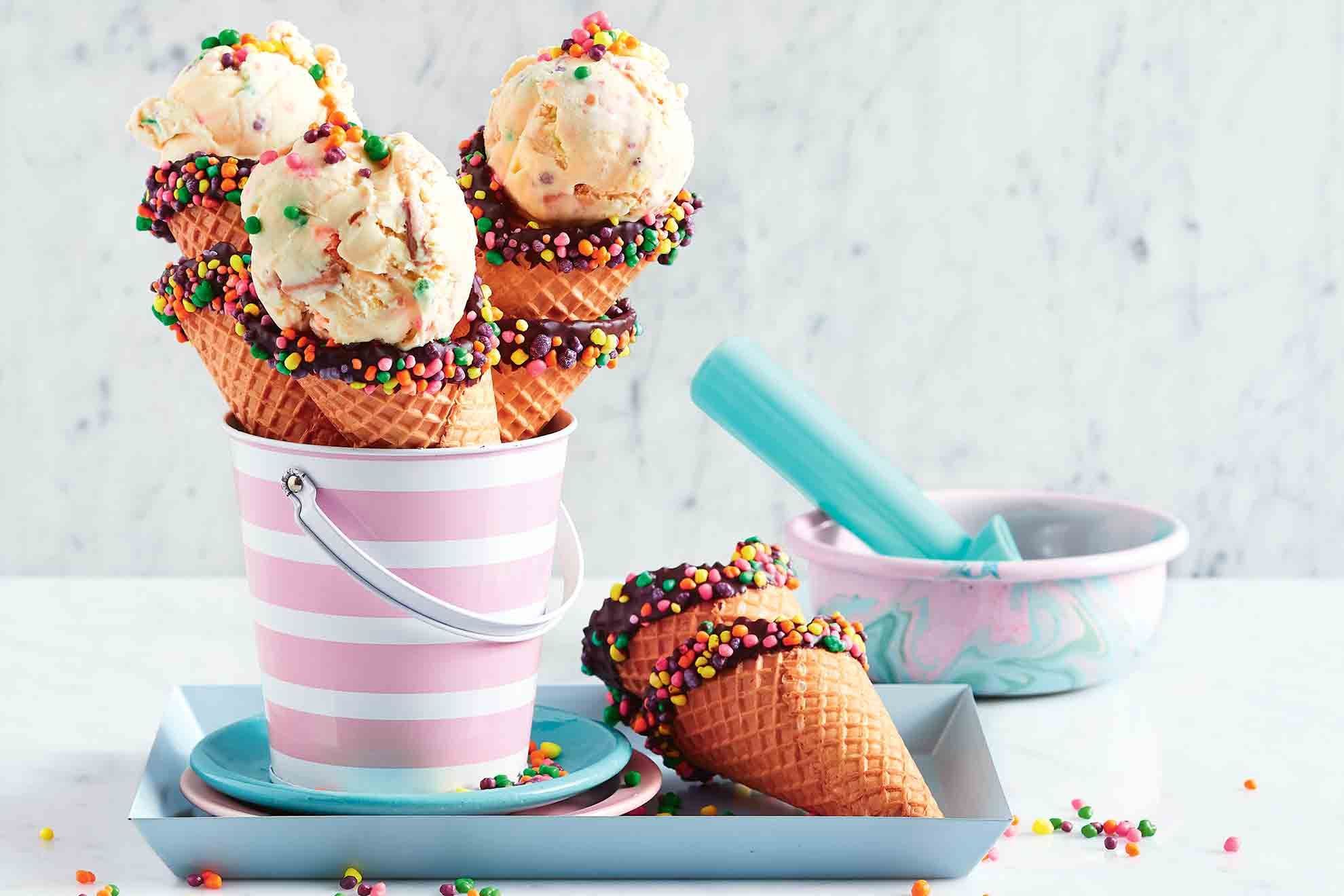 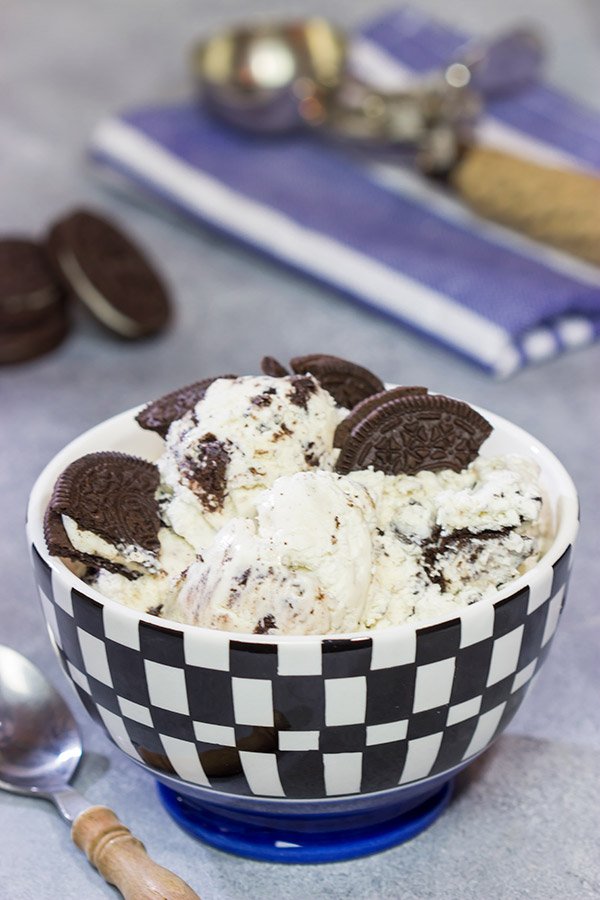 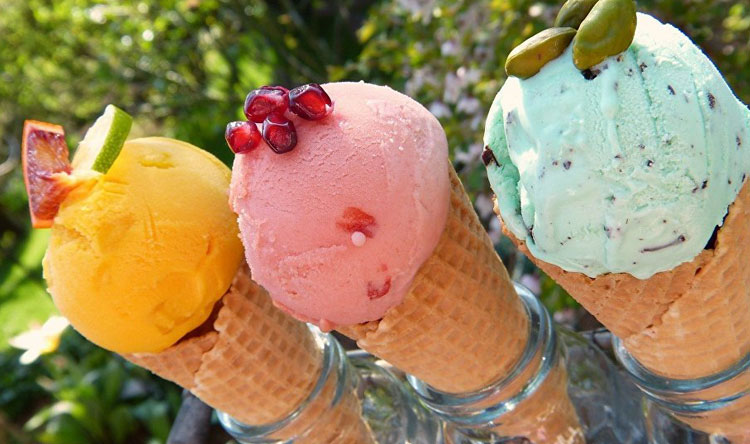 The most expensive type of ice cream in the world costs about a...Read More 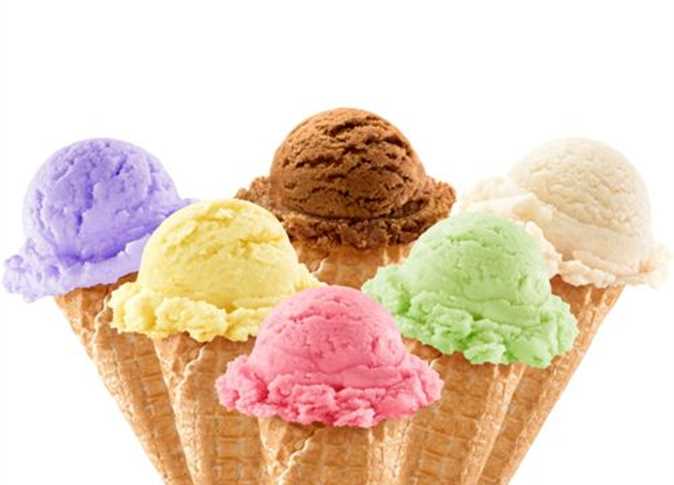 On Wednesday, the world celebrates an important type of dess...Read More